A recent study from our team investigated the role of dietary salicylates (a naturally occurring food chemical) in the induction of gastrointestinal (GI) symptoms in people with IBS.

What are dietary salicylates?

Symptoms of hives,  itching, swelling and headache are potentially associated with salicylate intake, and this has been documented in some individuals who are sensitive to the salicylates in aspirin.

Why are we interested in the role of salicylates in IBS?

Dietary salicylates are one of many food chemicals found naturally in foods, with others including amines, glutamates, benzoates, penicillin, yeast, histamine and tartrazine. In some centres in Australia, a low food chemical elimination diet is used to manage gastrointestinal symptoms in people with IBS. Of the many chemicals restricted using this approach, salicylates are thought to be the major contributor to symptoms. Unfortunately though, there is not much evidence to support either low food chemical diets, or low salicylate diets in IBS. This study sought to understand whether dietary salicylates do indeed trigger symptoms in people with IBS.

What is this salicylate diet study about?

At the start of the study, the 10 IBS patients were asked to record what they usually eat, to see whether their habitual diet was already high in salicylate, before we controlled the amount they would consume for the following few weeks.

The 10 participants were then randomly allocated to either a high or low salicylate diet for 14 days. They were then given 7 days to ‘washout’ with their usual diet. Finally, the participants swapped and consumed the opposite diet for another 14 days. (see table below)

Throughout the study, participants were asked to rate any abdominal symptoms they were experiencing on a scale of 1 to 100. They were also asked to rate bowel symptoms and ‘non-GI symptoms’ such as headache/migraine, rhinitis, asthma, eczema, urticaria and tiredness.

What did we find out?

When looking at this as a broader picture, it appears that sensitivity to dietary salicylate may exist, but it is uncommon.

Across the baseline, high-salicylate diet, washout and low-salicylate diet, we actually found no differences in severity of abdominal or  bowel symptoms. However, we did notice some interesting changes in two participants.

Another participant also had worsening abdominal symptoms after 9 days on the high-salicylate diet, and symptoms improved on the low-salicylate diet. These findings may be clues that food-related salicylate sensitivity may exist in a small proportion of patients with IBS .

What does the study mean for the future?

Although the study was able to tell us that salicylate in foods may cause or alter abdominal symptoms in IBS patients, there is a need to conduct a larger study to confirm the results. . This may help us better determine the proportion of salicylate-sensitive IBS patients, and the mechanism underlying these symptoms. Despite limitations, we were still able to discover some fascinating news. Participants appreciated the palatability of both versions of diets, and they adhered to the meals very well. This means if a low-salicylate diet needs to be prepared for salicylate-sensitive populations in the future, we may be able to create meals that they can stick to and enjoy regularly!

If you think your IBS symptoms are sensitive to the effects of dietary salicylates, it is important to work with a registered dietitian, preferably one specialised in gastroenterology, to guide you through this diet. 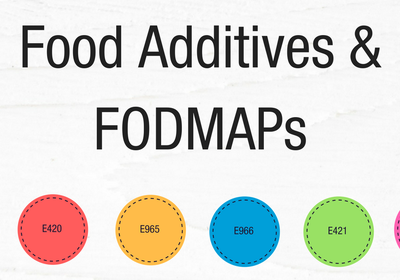 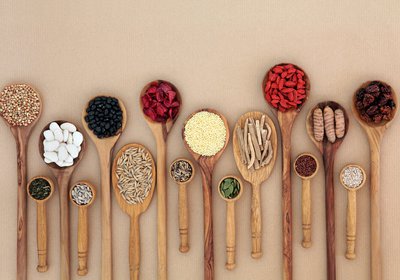 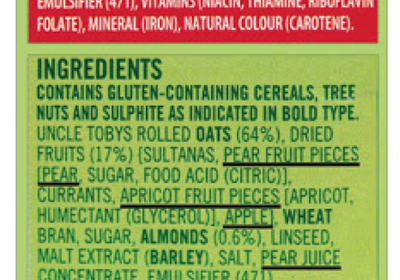 Label reading – how to spot the FODMAPs